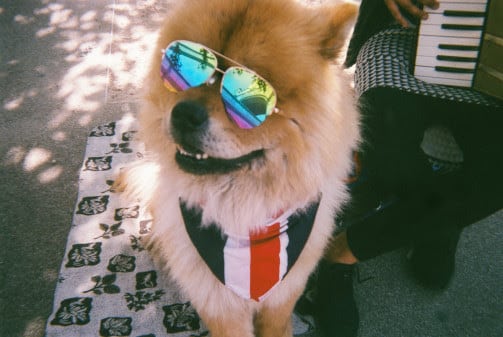 In June 100 disposable Fujifilm cameras were handed out to rough sleepers, sofa surfers and other people affected by homelessness at St Paul’s Cathedral. Five days later the cameras were returned and the film developed with incredible results.

The photographers in the MyLondon Photo Project exhibition have all experienced homelessness. The goal of the project was to focus on what they love about London. The exhibition opens in Spitalfields Arts Market, Brushfield Street, on Monday 30 July and is up for 7 days and every photo is for sale, earning money for rough sleepers, sofa surfers and other people who have experienced homelessness.

Twenty photos were chosen as finalists and are voted on by the public to get a chance of getting into the 2019 MyLondon calendar. More than 200 other photos are in the exhibition as every participant was asked to choose their best photos to exhibit.

The MyLondon Photo Project is run by Cafe Art, a social enterprise. Every photo is for sale and the money raised will go to the photographers and to fund more art projects for people affected by homelessness – getting people into employment.

In June 100 disposable Fujifilm cameras were handed out to rough sleepers, sofa surfers and other people affected by homelessness at St Paul’s Cathedral. Five days later the cameras were returned and the film developed with incredible results.

The project is now in it’s sixth year and participants in the project have earned more than £150,000 from selling their photos and the annual MyLondon calendar. The winners of this year’s exhibition, as chosen by public vote, will go into the 2019 MyLondon calendar in October.

The Royal Photographic Society has supported the project since 2013 and the executive director Dr Michael Pritchard said: “Café Art has found an innovative way to use photography to support and empower the homeless to change their own lives for the better”.

Paul Ryan from Cafe Art said: “The project has been very successful in helping give participants a sense of self worth. By giving them confidence they are able to go further. The project has inspired other projects around the world and we have connected Fujifilm with partner projects in many cities, including Budapest, Sydney, New Orleans and Toronto. This year we helped set up MyBrighton & Hove and their calendar will launch at the same time as our one in October.”

The exhibition in Spitalfields Arts Market is funded by Tower Hamlets council.

The exhibition runs from Monday 30 July to Sunday 5 August in Spitalfields Arts Market from 10am to 5pm. The market is also providing space for artists who have been homeless and they are being mentored by regular market traders next week.

You can see the 20 photos from this year’s project on
https://www.mynewsdesk.com/uk/cafe-art-uk-community-interest-company/latest_media 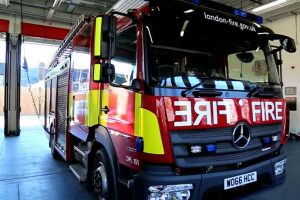