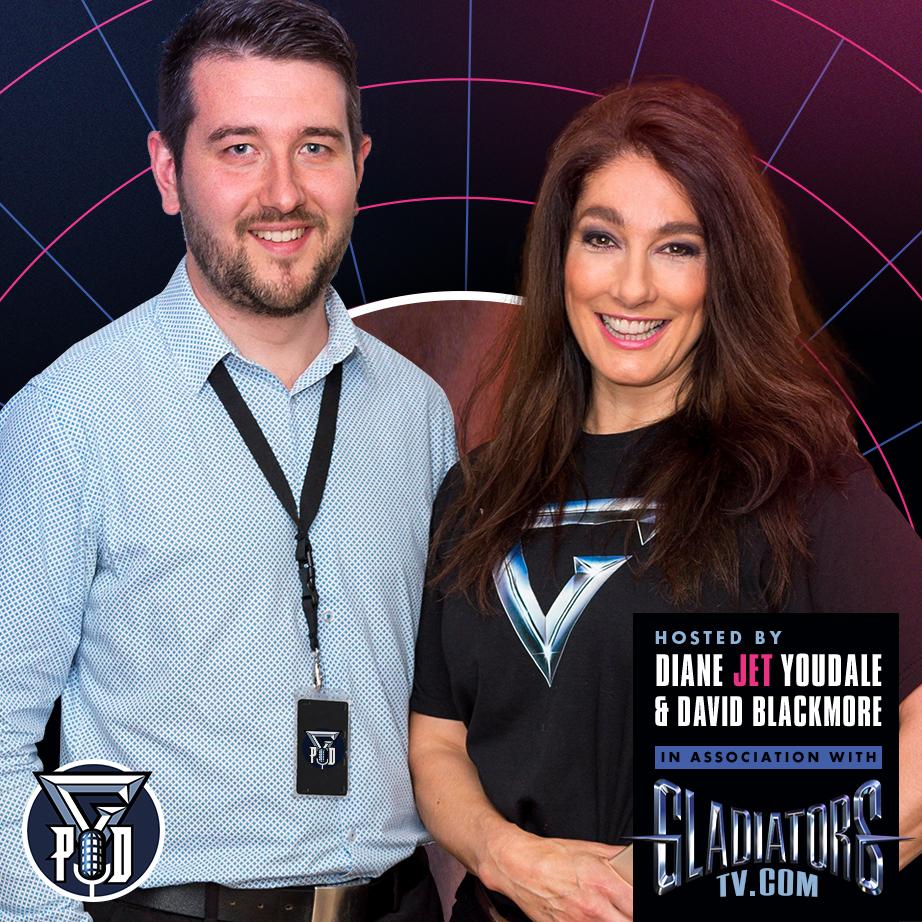 A superfan of 90s show Gladiators has created the dream job – co-hosting a new series of podcasts with none-other than the iconic Jet.

David Blackmore, a journalist and producer who was born at St Helier Hospital and raised in Sutton, has been addicted to the show since he first saw it as a youngster with his family.

Fast forward almost three decades and he is co-presenting a brand new podcast devoted to the popular show – GladPod – which has brilliant interviews from gladiators, contenders and superfans like David.

“I was glued to the show, and Jet was by far and away my absolute favourite,” said the 33-year-old. “Gladiators had 14 million viewers at its peak – a figure that today’s shows can only dream about.

“It had everything for family Saturday night viewing, drama, fun, sport, a bit of ‘nasty’ and competition, a perfect combination.

“I was lucky enough to meet Jet a couple of years ago and we had a chat about how great the Gladiators series was and how much it’s still loved today.

“The idea for our podcast came from that and we have some great names joining us in our first series telling some fantastic stories of behind-the-scenes at the show.”  He added: “We celebrate the glory days, the disappointments and the stories of those involved from Gladiators like Jet to the first champion and the Gladiator who never was.

There are so many unexplored avenues that we have more than enough great material for the podcast.”

The series may have ended at the turn of the millennium, but there is a huge appetite for the stars. GladPod has surged towards the top of the UK podcast charts and is also rising through the ranks in Ireland, America and Australia.

And speaking on GladPod this week, Jet, aka Diane Youdale, revealed Gladiators could return to our screens in the near future.

“A little bird has told me that there is something on the table that looks gladiatorial and will possibly be around for our 30th year. Maybe there’ll be a version of it,” said the 50-year-old.  But could Diane be persuaded to don lycra again and hang tough?

“You couldn’t pay me enough to go back and do it again, but I think the concept of having these larger-than-life superhero gladiator people is timeless. And I think that’ll always work. I wouldn’t change a thing about my time as a gladiator.”

Now aged 50, Diane would also love another chance to step in front of the camera again.  “Dancing on Ice or Strictly would be my absolute dream,” she said. “It’s always usually youngsters who win, but I think I could do something for ladies of a certain age.”

You can listen to The GladPod via podcast.gladiatorstv.com or through all major podcast suppliers. Get in touch with the podcast with your Gladiators stories by emailing podcast@gladiatorstv.com